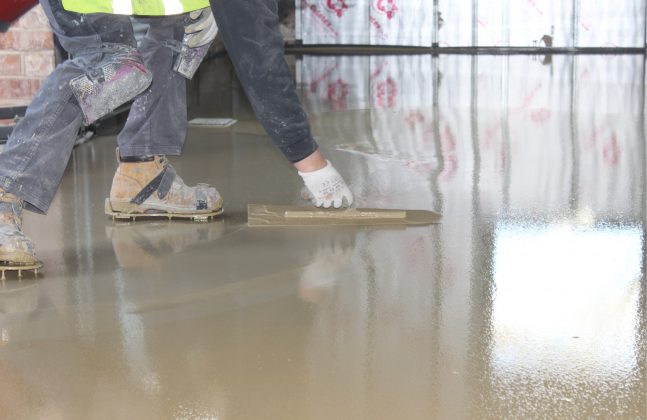 Has your floor lost its glossy finish, or has a waxy film or yellowing started to appear? It sounds like you have a nasty case of amine blush – but don’t worry, we have all of the facts that you need straight from our Technical Services Manager, Gary Chapman, to both detect and prevent this from happening in future projects.

What is Amine blush?

Blushing, and in some cases, blooming is caused when the amine hardener, which is found in most mixed epoxy coatings, reacts with moisture and carbon dioxide when curing.

A greasy or milky looking film on the floor’s surface. The surface may also appear hazy with a slight yellow or white tint, and appear less glossy than when first applied. 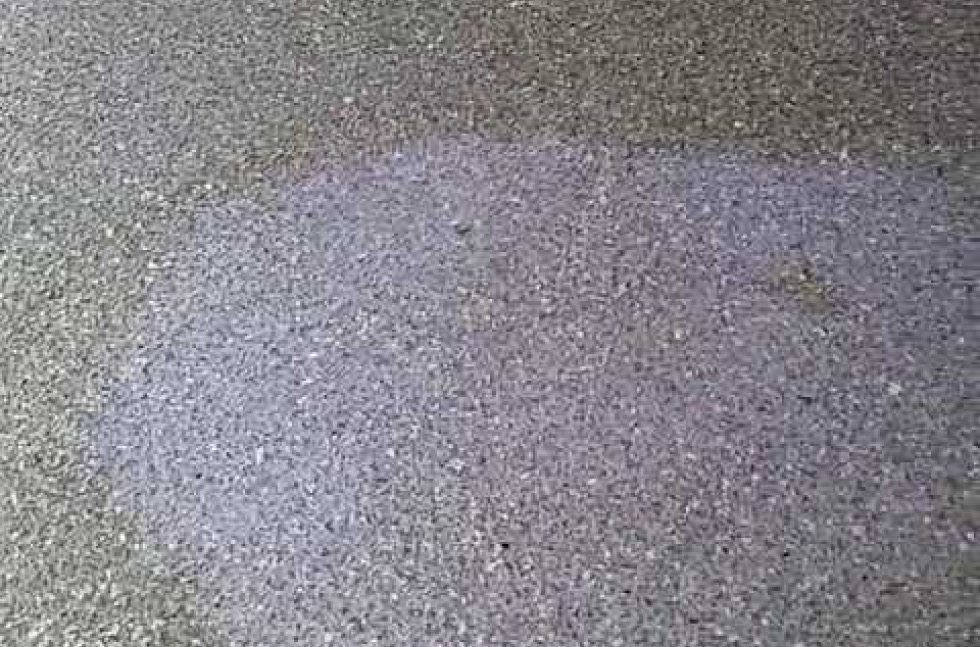 How can you detect it?

What exactly is the waxy finish?

The waxy layers that can appear on some epoxy binder systems are made largely of salts of ammonium bicarbonate.

Depending on the type and formulation of the binder system, amine compounds on the surface combine to varying degrees with CO2 and water in humid air. This forms hydrates of amine carbonate.

What are the causes?

·   The presence of excess carbon dioxide in the atmosphere

·   Improper and inadequate mixing of the resin and hardener

Low-molecular-weight amines are typically hygroscopic and tend to react with atmospheric carbon dioxide and moisture to form an ammonium carbamate.

To put this more simply, the curing agent typically absorbs moisture from the air and reacts with carbon dioxide in the atmosphere to form a waxy, milky imperfection in the floor’s surface.

Humidity in the air changes continuously, even within relatively small areas. If the substrate temperature falls below the dew point, moisture in the air will condense on the substrate.

During the application of a floor coating, air from the spray gun and solvent evaporation can lower the surface temperature of the coating. This effect is accentuated when very fast-drying solvents or an unbalanced solvent mix is used. The condensed moisture will cause the blushing reaction with the amine compounds. 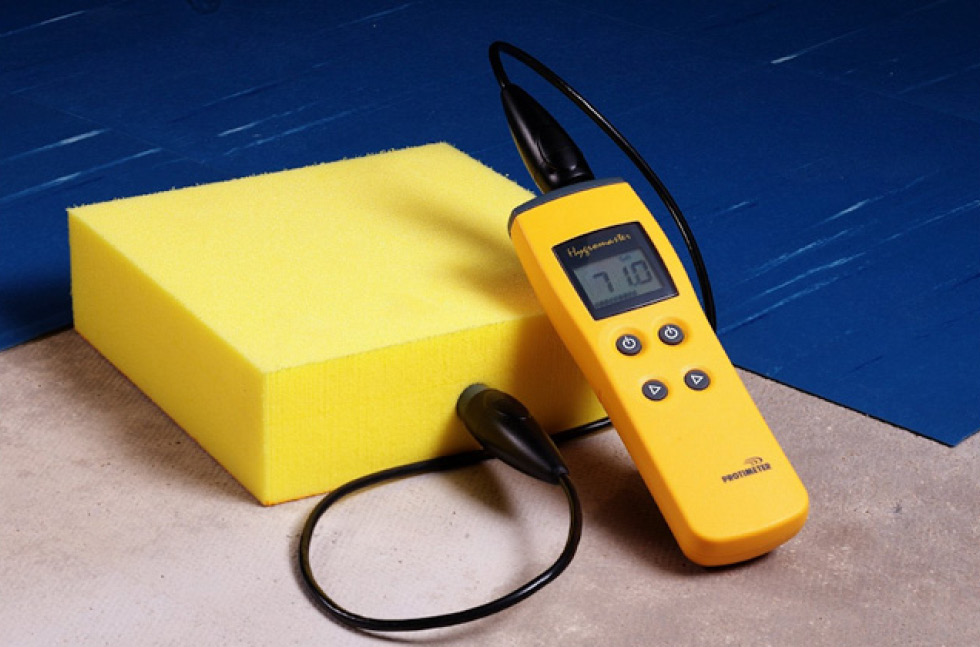 Humidity can be tested before application begins

Within the coatings industry, it is generally accepted that the minimum surface temperature should be at least 3 °C above the dew point before painting.

Coatings that are specifically designed to be ‘moisture tolerant’ are the exception to this.

Chemical reactions of amines or free amines within the epoxy resin or polyurethane based polyol results in curing (which is how you get a solid, impervious coating), and is therefore necessary in the flooring industry.

However, if the free amine reacts with moisture or excess carbon dioxide, blush or bloom is caused. 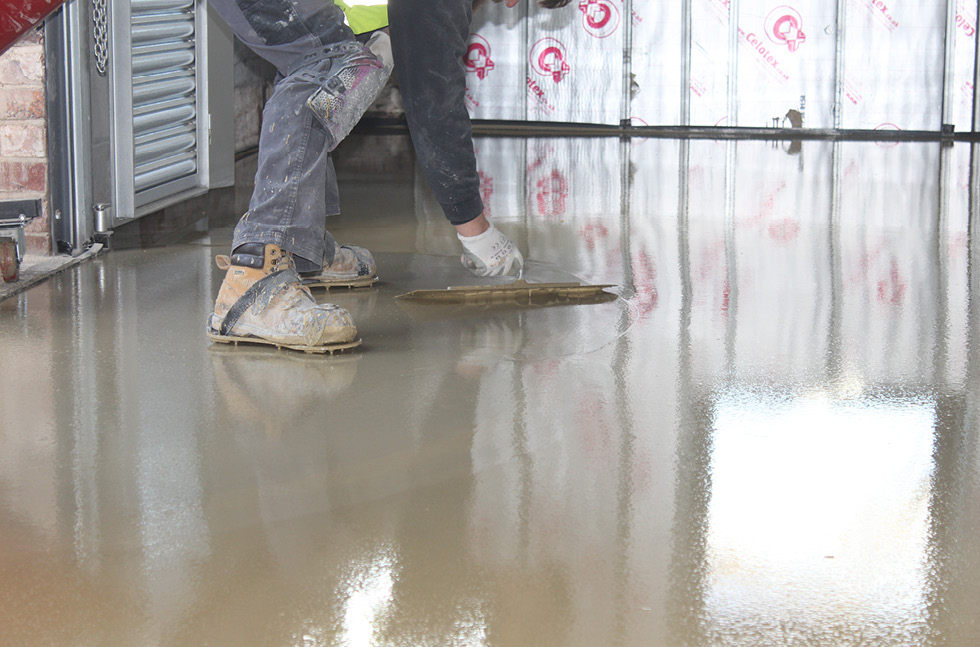 Rate of cure can be affected by ammonium carbamate

What reaction does this have on the cure rate?

The generation of ammonium carbamate can affect the rate of, and even the success of cure. Not all epoxide or polyurethane hydroxyl groups react with the curing agent, the stoichiometry (which is the specific way that PUs and epoxies cure) is compromised and the net result is under-curing.

As the temperature decreases, the reaction rate of the amine and epoxy resin or polyol isocyanate is significantly decreased. As a rule of thumb, for every 10 °C reduction in curing temperature the reaction rate will be reduced by a factor of approximately two. The reduction in the cure rate of the epoxy-amine or polyol isocyanate reaction provides the (primary) amines or free amine reactions more time to migrate to the surface and undergo additional competing reactions. 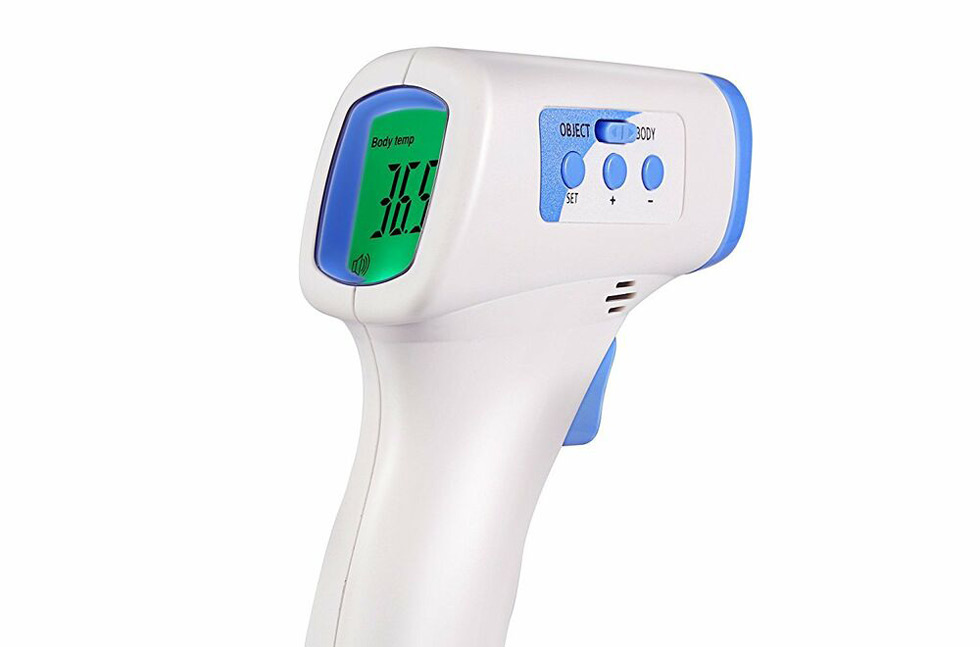 If, during this period, the environment is damp and cold, the reaction of the amine with CO2 and water is favoured, resulting in the formation of blush and bloom.

Blushing – a milky, hazy effect caused by moisture condensing on a coating surface during the curing process

Blooming – water soluble compounds migrate from the body of the coating to the coating’s surface, leaving sticky deposits when it evaporates

Polyol Isocyanate – used to make polyurethanes. Polyurethanes are most commonly formed by reacting di- or tri poly-isocyanate with polyol

Got a question? Pop it in the comments and we will pass this on to Gary.